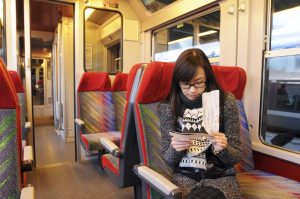 For many years thousands of immigrant students have been coming to America to continue their education and fulfill their dreams. Most Foreign students, choose to apply for a green card after graduation because of the many benefits and advantages offered. With an immigrant green card you are able to work and live in the United States, for an unspecified amount of time but you will not have the privilege to vote or run for office. While this is a desired transition for many, some individuals have been unsuccessful and unable to acquire a change of status that will guarantee them a secure stay in the United States.

The question therein lies, “How can you stay in the United States after completing your education?” Foreigners can acquire a Green Card through a willing employer, apply for asylum, marry an American Citizen, join the U.S. Military Service, and other methods. Though these are some ways, you can become eligible your success is determined by your evidential proof and the approval of the United States Immigration Law.

One of the most frequent methods for this transition is through employment and a willing employer or sponsor. The biggest hurdle is that you need to prove that you are more professionally skilled and competent over other American employees for the position you will be hired for. If your employer is able to provide evidence on your behalf your chances of success increase. However, if there is an American citizen applying for the same job post as you and he is willing to do the job you may not receive the green card. Though Engineering, Scientific and Medical associated practices may appear to have less difficulty procuring a green card, there are other special job positions that qualify as well, every situation is different.

If you came to the U.S. to further your education and while studying you found out that your native country was in turmoil and chaos. As well, if your life and liberty could be threatened if you returned, you may be able to apply for asylum. There are several individual laws that pertain to the asylum procedure, success is determined according to each situation.

Marrying an American Citizen can be your ticket into the United States of America and the green card, however, this process has its rules and regulations. The immigrant must give proof that the marriage is genuine and legal. As well, the married couple must give proof that they are cohabitating, present information on when they first met, private knowledge about each other, indicate if they have children or not and if the family of the US citizen is aware of the Alien spouse and other relevant information. If by any means the foreigner cannot provide such information, the marriage can be nullified, the application can be denied and the immigrant will be deported.

If successfully a temporary Green Card is granted. After two years the green card holder can apply for a permanent green card or status if the couple is still legally married. The purpose of the two year time frame is to guarantee that the marriage is real and to allow time for application for the permanent Green Card.

Enrolling in the military is another promising opportunity to get a green card. The challenge here is that no foreigner can join the military unless they have a green card or authorization for employment and are competent in a certain career. There are many ways to working around that. If you seek a position in the military that has a high order call such as psychologists, doctors, computer specialists, and nurses, then there is a better rate of getting the green card.

Transitioning from a student visa to a green card status may be difficult on your own. Hiring an Immigration Lawyer will assure you a better success rate. Contact the Gambacorta Law Office for more information and assistance with your change in status.