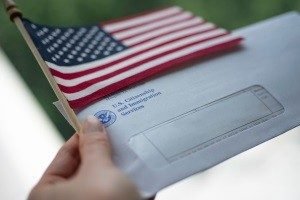 If you’ve been deported from America, you may be asking yourself “Can I re-enter the US after deportation?” You may also be under tremendous stress, especially if you left family behind. The laws surrounding deportation and readmission are stringent. However, depending on the circumstances of your case, you may be able to gain re-entry into the United States. You’ll need to educate yourself on the process to determine if you’re eligible.

Many non citizens who get deported are considered “inadmissible” for re-entry for a certain length of time. The length depends on whether you spent a time of unlawful presence in America. This refers to living in the US without having been admitted or paroled. The reason for your deportation also effects how long you’re inadmissible. Non citizens may not have a chance to apply for re-entry for up to 20 years.

Reasons You May Face Deportation

There are a number of reasons non citizens face deportation. If it happens to you, it’s important to keep track of all records and documents related to your deportation. In the event you end up working with an immigration attorney, they’ll need to know the details surrounding to your removal. Some common reasons for deportation include:

You can also be deported for something minor like failing to report a change of address to USCIS. Deportation is also possible if you apply for and get financial government assistance.

If you’ve been deported from the United States and want to return, you’ll need to submit Form I-212 Application for Permission to Reapply. This allows you to seek permission to return to the US without completing the required waiting period. It’s imperative you submit all documentation and correspondence related to your deportation when you submit Form I-212. This includes evidence any relationships to people living in America that you list on the application. Evidence could be a marriage or birth certificate. If the relative you list is a US citizen, you’ll need to provide their birth certificate or alien registration number.

Applying for a Waiver of Grounds of Inadmissibility

After deportation, you may be considered inadmissible to return based on the grounds of your removal. If this is the case, you still may have a chance of returning by submitting the Form I-601 Application for Waiver of Grounds of Inadmissibility. However, keep in mind this waiver doesn’t apply if the United States has deemed you to be a security threat. In addition, you may have a hard time returning if you were deported due to a serious crime such as an aggravated felony.

If deportation resulted from a minor violation, Form I-601 can eliminate the grounds for removal. When submitting this form from another country, you’ll have to file it with the American Consul office that’s processing your visa application. You can also file it before leaving the United States at the local immigration office that holds jurisdiction where you live.

If you or a family member is facing deportation, there’s still hope. Depending on your circumstances, you may qualify for re-entry into America. However, the process is complicated, and you can’t risk making a mistake. That’s why it’s important to contact an experienced immigration attorney in Mesa, Arizona today. Call The Gambacorta Law Office at 847-443-9303 to arrange a consultation, or complete our confidential contact form, and we’ll be in contact with you soon.