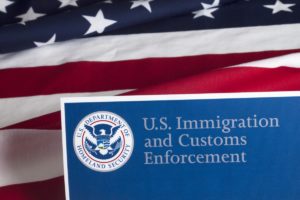 The U.S. Immigration and Customs Enforcement, also known as ICE, has been a hot topic of discussion across the United States for the past several months.

And while some praise the agency’s efforts to prevent illegal immigration, others believe it frequently oversteps its bounds and removes those who should be permitted to remain in the country. A Michigan judge recently ordered the government to provide information on Iraqi detainees who may have been threatened and/or forced to agree to deportation, which would be a clear violation of orders issued in June of 2018. In another recent case, ICE allegedly detained a man for over two years, only to find out he was an American citizen.

A Brief History of ICE

ICE has been a law enforcement agency for 15 years. It was created in 2003 to consolidate a wide variety of border and revenue enforcement agencies. ICE fits under the umbrella of the Department of Homeland Security, and is also a major contributor to the Joint Terrorism Task Force. Since its creation, ICE has absorbed the tasks of many agencies, including the United States Customs Service, Immigration and Naturalization Service, and the Federal Protective Service, which has since been moved back to the National Protection and Programs Directorate.

Offices That Make Up ICE

There are three main operational directorates that take on the majority of ICE tasks, as well as a Management and Administration directorate that provides support staff and program managers to other departments in the agency.

The first office is Homeland Security Investigations. In HSI, agents investigate crimes and goods brought illegally into the country, as well as those trafficked illegally outside the United States.

The second office, Enforcement and Removal Operations, has come under a considerable amount of backlash in recent months. The officers of ERO enforce the immigration laws, and identify, detain, and remove people believed to be in the United States Illegally.

In the Office of the Principal Legal Adviser, ICE is represented in cases involving the deportation and removal of criminal aliens, human rights abusers, and terrorists.

Tasks and Responsibilities of ICE

When you look at the specific offices within ICE, tasks and responsibilities seem to be clearly divided. Many people, however, including immigration legal experts and ICE agents, believe that the agency has moved beyond its initial purpose and now unfairly targets undocumented immigrants, rather than those who enable transnational crime and maintain criminal organizations in the United States. Though some people believe that these are simple operational challenges that can be overcome, others are calling for abolishing of ICE altogether.

Protect Your Rights as an Immigrant

Coming under the watchful eye of ICE can be a terrifying experience, which is why it’s essential to have the right legal counsel for your immigration case. If you have been unfairly detained or targeted for removal, contact Gambacorta Law Office at 847-443-9303.