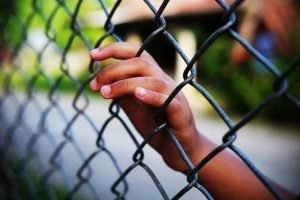 Immigration has long been a hotly debated topic, but people have become even more polarized as immigration laws have become stricter. As ICE detains more and more migrants at the border, the need for more detention facilities has become a serious issue throughout much of the country. The government’s plan to build a detention facility in the Chicago area has inspired a wide range of reactions in the region.

Dwight is a small southwestern suburb of Chicago that sits about 80 miles outside the city itself. With just over 4,000 people, Dwight is a tight-knit community with historic buildings and a peaceful environment. That could all change if the federal government’s plans to build a detention center in Dwight come to fruition.

The board of trustees in Dwight has voted in favor of bringing an immigration detention center to the city through Immigration Centers of America, a company that maintains centers throughout the country. The facility would house up to 1,000 detainees and serve as a transportation hub between other Midwestern centers, including those in Milwaukee and Indianapolis.

The Long Path to a Chicago-Area Detention Center

This decision is the result of a long battle to build a detention center in the Chicago metropolitan area. The federal government has been fighting for approval to build a center in this area since the Obama administration. Through local jails and prisons, including the Kankakee County Detention Center, Kenosha County Detention Center, and the McHenry County Jail, the federal government has been able to keep some detainees in the Chicago metropolitan area while they waited to be transported to a dedicated facility.

In 2012, the government tried to get approval to build a center in the village of Crete. The project died when the village rejected the plan. Similar projects floundered and eventually failed to progress in Elkhart County, Gary, Newton County, and Hopkins Park.

The Dwight project is unique in one key way: it has the approval of village trustees. It’s already gone further than any other detention center proposal in this area.

The village has seen immediate and ongoing backlash against the detention center project. Advocates were initially cautiously hopeful about the possibility of a centralized location for detainees, believing that such a location would make it easier to offer legal representation and support to immigrants. Over time, they say, it became clear that the goal of the project is to increase the number of detainees—not to provide them with more support. They subsequently became staunch opponents of the project.

Area residents worry about how this project will affect their town’s reputation. Though the center could create up to 450 new jobs in Dwight, opponents believe that allowing this project to continue would imply that the village and its residents are in agreement with policies that separate parents and children. They also note that the area does not have the necessary infrastructure for a detention center, including sewer and water, which makes them wary of the feasibility of this project.

For now, the future remains unclear. Immigration Centers of America must secure a contract with the federal government by September 2020 for construction to begin.

At the Gambacorta Law Office, our goal is to find solutions that accommodate the unique circumstances of your immigration case. Schedule a consultation at our Skokie location by calling 847-443-9303.