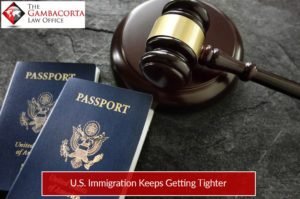 According to News Source CNN, Lukasz Niec a well known internal medicine doctor who has lived in the United States of America for almost 40 years was detained by U.S. Immigration and Customs agents despite of having renewed his Legal Permanent Resident status.  He was known for working arduous long hours at the Hospital of Kalamazoo, Michigan.

It is believed that Dr. Niec was sitting in detention awaiting a pending investigation and at this point it is unknown whether he will return to his normal life or if he will be forcibly removed to his home country. Iwona Niec-Villaire recounts that her parents came to the United States in 1979 when she was 6 years old, along with her brother, when was he was 5 years old in search of a better life and opportunities for their children.

The arrest of Dr. Niec happened on a day he was enjoying time off from work with his daughters at a lake home he owns near Kalamazoo. It was reported that three Immigration and Customs Enforcement agents entered his home and arrested him, but what was not told whether there was a warrant for his arrest and a reason for his capture was unclear.

Dr. Niec could potentially be deported even after having lived here in the U.S. most of his life.  What is even harder for him is that he does not speak the Polish language and does not even know anyone in Poland and much less has no social ties to his home country.

While the detainment of Dr. Niec was being closely monitored his elected legal representatives were at work and exploring all possible options to ensure his prompt release from detention and return to his family in Kalamazoo.

Since the transition of President Trump, the U.S. has seen an increase in immigrant apprehensions.  The purpose for these arrests is to target persons of interest and those with criminal and dangerous backgrounds.

Do not hesitate to contact an immigration lawyer, if you know that you might be at risk of getting nabbed by ICE and get taken away.  Your family may suffer from your absence.  You can call The Gambacorta Law Office at 847-443-9303 for a Texas Consultation. We are also located in Illinois, Arizona and Vietnam.