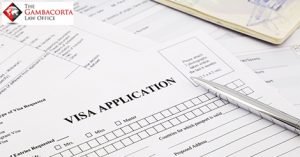 Every parent seeking to adopt a child overseas will need to apply for a U.S. visa for their adopted son or daughter. Visas are granted to applicants under certain stipulations by the United States Department of State at the designated U.S.

Embassies or Consulates in the home country of the child. The visa classification the child receives will dictate the procedure the child must go through when obtaining U.S. Citizenship.

Required visas for the adopted child under the Hague convention are as follows:

Other Visa Categories for Adopted Children

U.S. Citizenship for a Child

Those children with IR-3 and IH-3 immigration cases will receive the Certificate of U.S. Citizenship to their U.S. address at no cost; no additional forms will be requested.

On the other hand, adopted children with IR-4 and IH-4 U.S. visas:

Children with IR-2 U.S. Visas who are:

Get The Help You Need

Parents who are interested in adopting a child from a foreign country and our concerned about which visa to apply for their new child can consult with an immigration attorney.

Contact The Gambacorta Law Office today for an appointment at 847-443-9303. Our offices are located in Arizona, Illinois.