Temporary Protected Status was a law established in 1990 which applies to immigrants who do not want to return to their home country for reasons like life endangerment, civil conflict or results of some natural disaster. 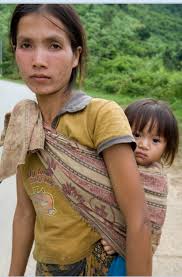 As observed by the Executive Director of FAIR, Dan Stein in his testimony on March 4, 1999, the U.S. immigration laws rewarding undocumented immigrants with Temporary Protected Status has only been encouraging more unauthorized entries.

Therefore providing TPS to illegal foreigners is like opening the door of opportunity to being one step closer to obtaining a permanent resident status.

Stein observed that the immigrants excitedly accept such a generous offer of protection but as soon as the protection expires, they do not want to leave the country.

From the inception of this law, when Congress extended an offer to include individuals from El Salvador as the first recipients of Temporary Protected Status, Salvadorans gladly accepted.

With this law in place, immigrants, are spared from getting deported, they can also attain quasi-legal status and are given temporary working permits to legally work in the country.

Haitians were another group of people that were also other beneficiaries of Temporary Protected Status even while under deportation orders.

Errors within the TPS Program

After gaining experience and testing the TPS Program, some errors were observed. While the program offers a respite for individuals who fear going back to their native countries due to unfavorable conditions it only motivates immigrants to stay without authority.

Certain practices, showed patterns of unjustifiable extended time and orders for amnesties by the protected immigrants simply to get one step closer to receiving a permanent resident status to live in the U.S.

Samples of such errors seen in the TPS program can be noted when extensions were made for Liberians since the TPS policy was established in 1991 in the nation of Liberia, due to the Civil War.

In July, 1999, AG Janet Reno learned that because of the change of certain conditions in Liberia, the TPS extensions were not needed.

President Clinton, reversed such policy and lengthened the protection for Liberians. President Clinton’s motive to reverse such action was based on the premises that if the United States government forced Liberians to return to their homeland, nations like West Africa and others would apply the same policy to all Liberian expats residing in their countries.

Such law was said to destabilize the Liberian government. However, while the intention was to protect immigrants, not governments, it is evident that some conflict would arise due to some slight errors in the TPS policy.

The Liberian example was not the first that sought TPS selection by the Clinton Administration. Another example was Central American countries that implored the United states to not deport their nationals who were recipients of Temporary Protected Status, and rebutted it by saying employment was scarce and there was no jobs available for their returning natives.

If you want to learn more about TPS or you need help with obtaining such status feel free to visit our website, and give us a call today at The Gambacorta Law Office.