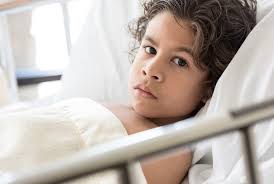 Since the establishment of the Affordable Care Act also known as Obamacare, there have been new laws put in place. This means that legal immigrants will need to purchase health insurance if they don’t currently have a plan.

There are approximately 10 million immigrants living legally in the United States of America with a visa or green card who are able to take advantage of the benefits of the Affordable Care Act.

New laws state that if they are not covered they are required to purchase insurance provided by the state they are living in. While those legal immigrants and U.S. citizens qualify for Obamacare, it is limited and not available to those who are in the United States illegally.

Those foreigners living in the United States without proper authorization, which is approximately 11.3 million according to recent estimates released by the government, will not be able to take part in the health-care program provided by the government.

They are not entitled to obtain Medicaid or insurance with federal subsidies offered by the state-based exchanges. Unauthorized immigrants are prohibited by the law to get health insurance.

While health insurance is restricted to legal residents, undocumented immigrants will have no access at all. This is because the future of an unauthorized immigrant remaining in the United States is uncertain.

Legal Immigrants that May Qualify

Provided on the government’s website is a listing of those immigrant statuses that qualify.

Here’s a limited record of those qualifying immigrant categories that qualify. Lawful Permanent Residents (Recipients of Green Cards), Refugees, Asylees, Haitian/Cuban newcomers, parolees in the U.S who are being temporarily protected by the U.S law, and those individuals who are temporarily in the U.S. legally.

PENALTIES for Failure to Comply

Yes. All hospitals provide emergency care to every individual despite of financial or immigration status. Obamacare maintains such law, however such care is restricted, expensive and many times may not be readily available to minimize slight health problems that may become seriously detrimental.

DACA immigrants do not qualify for Obama Care. Those individuals hoping to attain a passage for the DREAM Act must wait to buy their own health care.

Does the Five Year Stipulation to Acquire Medicaid still apply to Legal Immigrants?

In most cases legal immigrants may have low incomes and may still qualify for Medicaid but need to be living in the country for at least five years in order to start application process for healthcare.

However, those with refugee statuses, might be eligible without the five year waiting timeframe stipulation and can apply. Obamacare has even extended qualification for Medicaid in all states to all immigrants that may receive an income of 138 percent of the federal poverty level.

Rules apply, to those individuals earning up to $15,800 and families of four earning $33,000. Around 57 percent of those non-citizens, not covered by insurance fall into this category.

If you are a legal immigrant living in the United States of America and you need help understanding your rights to health insurance, contact an Immigration Attorney. The Gambacorta Law Office will gladly assist you.