Over the past several years, thousands and thousands of families from Central America have entered the Southern border of the U.S. in search of protection as their lives have been endangered in their home countries. 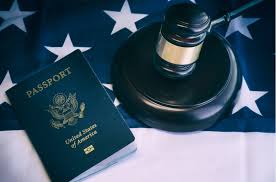 Several of these families have been apprehended and kept in immigration detention establishments. Though maintaining these unauthorized immigrants, is not an easy task, another obstacle has arisen.

Many questions have emerged concerning these immigrant families in detention, and about whether or not they have been attending their court hearings.

To answer the questions regarding immigrant families court appearances, the Executive Office for Immigration Review (EOIR), this is the agency in the U.S Department of Justice (DOJ) that decides immigration withdrawal cases; released statistics proving that a large number of families, do show up to their court hearings.

This information, however, has been misinterpreted and there are many who go on to claim that 85 percent of immigrant mothers are absent for their court hearings.

The fact is, that the statistics prove that there is a greater number of families appearing in court. Court attendance rates can be talled even higher when the information is conveyed that the provision of information has been lacking.

In fact, 98 percent of families who have legal representation appear in court.

The above is fact and other numbers you hear concerning court appearances rates may be considered myth. One such myth, is that 85 percent of immigrant families have not appeared for their current immigration court dates.

The real truth is that at least 60 percent or higher, do appear for their immigration court dates. For those immigrants with legal representation, 98 percent, attend court hearings.

According to the EOIR’s initial data, it proves that approximately 60 percent of immigrant families that have been detained at the border during the summer of 2014 have presented themselves at their immigration court hearings. The numbers may increase as many cases from a previous period were accidentally inserted in the statistics sheets.

Despite these facts, several commentators have communicated that between 84 to 85 percent of immigrant families continue to fail to show up in court. Such information is incorrect, and paints a negative picture of Immigrants.

Most cases that started from the summer of 2014 are currently outstanding and statistics show that most of the individuals, around 60 percent are following the rules to appear in the immigration courts.