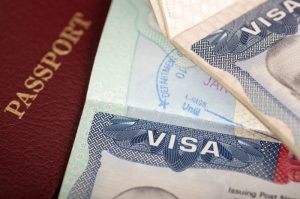 The age group for the Deferred Action for Childhood Arrivals will now be expanded. Originally, the age cap was sixteen years, but this cap has now been lifted, which means individuals who are even in their 30s or 40s can now qualify for the DACA or “Dreamers” procedure.

The largest change that comes from this executive order is how immigrant parents of U.S. citizens will be treated. There is now going to be a deferred action program for these parents that will prevent them from being deported as long as the immigrant parents have lived in the country for five years (continuously).

The executive order does not apply to immigrants convicted of a felony. Felons can still be deported and in order to be eligible for the DACA or DAPA, individuals must pass a criminal background check. If an immigrant has a criminal record, then they may be deported; however, their families will not be.

While the executive order prevents deportations, it does not automatically issue you or your loved ones’ citizenship or even a green card. Only Congress will be responsible for changing any automatic issue orders, which they have no intention of doing. Therefore, you must still apply for a green card or for naturalization.

The Executive Order Does Not Start Until 2015

While undocumented immigrants are protected from deportation, this order does not go into effect until 2015. The DACA changes, for example, do not start until February 2015, while the DAPA process does not start until May 2015.

Meet with an Immigration Attorney Today

If you or a loved one is undocumented, you could still be deported. You need to apply for citizenship, a visa or a green card immediately. The team of Illinois immigration attorneys at the Gambacorta Law Office can help.

Also Read : What Does an Immigration Attorney Do?