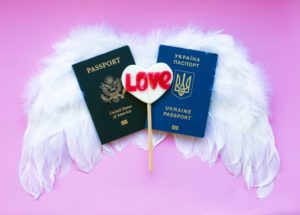 A forced marriage is a marriage that occurs without the permission of one or both parties involved.  Granting authorization to marry someone means you have willingly given complete, free and informed consent to marry your prospective spouse.  Forced marriages occur when family members and/or other people threaten you with physical or emotional abuse as a way to force you into marrying someone without your agreement.  Victims of forced marriages are women and men, as well as girls and boys of any ethnic group, religious, economic, or educational background, gender, age or nationality.  Regardless of age or gender, the union can – and will – negatively impact their lives.

Understanding the Differences Between Forced and Arranged Marriages

Indicators That Are Present in a Forced Marriage

The U.S. Government is against forced marriage and views it as dehumanization.  And if the victim is a child, forced marriage is considered a form of child abuse.  The U.S. government is working hand-in-hand with other countries to put an end to forced marriages.  Outreach and assistance is being provided to people who are being forced into marriages, as well as those who live in danger of being forced to marry someone they do not wish to marry.

Forced marriage is a serious crime, and people who force anyone into a marriage can be charged with domestic violence, assault, rape, child abuse, and kidnapping. If you have been – or are being forced into – a marriage for the sake of evading immigration, you are not at fault and have not broken any U.S. laws. Seek legal representation immediately.

If You Are in Danger of a Forced Marriage

If you suspect or think that you are in a forced marriage, it’s important to know that the law is on your side.  You may be eligible to get an order of protection, as well as a child custody order that will grant you custody of your children.  A family law attorney well versed in these types of cases can also help you file for legal separation and begin divorce proceedings.

If you are a lawful permanent resident or U.S. citizen, and are being coerced to sponsor your future spouse for immigration benefits, you may remove your petition before your petition is adjudicated by USCIS, or before this person is admitted or an adjustment of status is approved.  Before withdrawing your petition, you should speak to an immigration attorney who is familiar with forced marriages to discuss possible options, and plans for a safer future.

Don’t Hesitate to Speak with an Immigration Attorney

Being forced into a marriage is often a dangerous and life threatening situation.  Contact The Gambacorta Law Office today for a consultation at 847-443-9303.  Our team is happy to speak with you, as well as work with you to develop a feasible long-term solution.