Since the announcement made in November 20, 2014, by President Barack Obama, regarding administrative orders that he is considering an immigration reform, it has activated several important changes to the United States Immigration laws in 2015, some of these have caught the interest of Immigration attorneys. 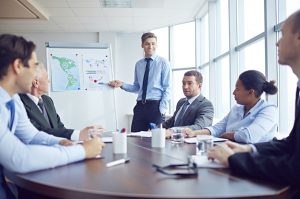 Changes to Adjustment of Status

Adjustment of status is a procedure in which immigrants apply for permanent residency and are sponsored voluntarily by an employer or family member. The new changes made would mirror the way in which the State Department maneuvers the Visa Bulletin as well, it will hasten the time frame for submitting applications for Adjustment of Status.

Presently, until a visa number is made available to applicants then can they file for an adjustment of status. The President’s executive order provides flexibility in which all applicants with an authorized visa can apply for adjustment of status even without a visa number available. Foreigners and their family members will also be able to enjoy benefits which will also include travel and work. Working aliens will also have the privilege to change employers.

Currently, employed immigrants that are financed by an employer do not have that opportunity to easily change employers, unless their new employer is willing to support the entire green card process, and if the immigrant will be holding a similar work position and that the adjustment of status has 180 days pending.

Alleviating the Request of H-1B Visas

Without an H-1B visa, companies and businesses cannot hire foreigners with professional skills. The United States government provides 65,000 H-1B visas to individuals who have not obtained or are looking to acquiring their H-1B status. This number is known as the H-1B cap. Therefore the number of visas presently available under the H-1B cap is lower due to set-asides for an undisputed amount of countries that are within the Free Trade Agreements. Furthermore, within the Advanced Degree Exemption, an extra 20,000 H-1B visas are accessible to individuals who have completed their Master’s degree or higher in the United States of America.

For the Fiscal year 2015, which initiated October 1, 2014, the USCIS received double the amount of H-1B application forms due to the available visa numbers. Regarding the Fiscal year 2016 the (USCIS has started accepting requests since April 1, 2015). President Barack Obama and Congress are working to alleviate the request of H-1B Visas.

The Department of Homeland Security had a mission to issue an ultimate regulation at the beginning of 2015 relating to work approval for spouses of H-1B workers that are financed for green cards. This means that spouses of individuals who have an H-1B visa would be allowed to apply for employment anywhere and they may not have to wait 4 to 10 years to get employment and obtain their permanent residence status.

For more information or if you have any questions or concerns regarding these immigration changes. Or if you need to file a petition in any of the above categories, please visit us online at The Gambacorta Law Office. We will gladly assist you.