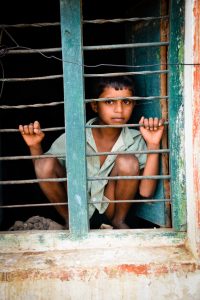 T and U visas were established in October of 2000 for Victims of Human Trafficking as part of the Violence Protection Act.

In December 2008 the USCIS declared provisional final rules which gives recipients of T and U visas the opportunity to apply for an adjustment of status and authorized permanent residency.

These two visa categories have long-standing benefits for both victims of crimes and the U.S. government. Since the initiation of these visas, inquiries and prosecutions against criminals of human trafficking and other violent crimes have become effective.

T and U visa holders have been able to enjoy the welfare of immigration.

These type of visas are accessible to victims of crimes, and to those who are in need of protection. T visas, are only applicable only to victims who have suffered from extremely violent forms of human trafficking.

A T-Visa will grant victims the ability to attain nonimmigrant status. U-Visas are only for victims of crimes that have endured major physical and mental abuse and are willing to assist government officers with investigations against human traffickers and criminals.

T and U Visa bearer’s may also qualify to apply for adjustment of status and obtain permanent residency in the United States of America.

When applying for a U-Visa, you need to request an I-918 Petition Form. Any victim can apply for a Form I-918 or a petitioner can file on behalf of the victim.

Either local, state or federal government agents can fill out the I-918, supplement B, substantiating that he or she will most likely aid in ensuring criminals are prosecuted. Relatives of the victim can request Form I-929 when petitioning U-Visas.

Requirements for a U-Visa

The directions on Application Form I-918 includes a list of crimes that may help the applicant qualify.

A T-Visa grants nonimmigrant status and offers security to individuals who have been severely threatened by human trafficking.

Though a T-Visa may permit individuals to remain in the United States of America, they are obliged to assist government authorities with investigations and prosecutions against human trafficking court cases. Beneficiaries of T and U Visas may also be eligible for permanent residency.

When applying for T-visas, victims must fill out Form I-914, and use Form I-914 Supplement A for eligible family relatives.

Essentials for a T-Visa

It is vital that victims willingly comply with the requests of the government authorities to follow the same objectives in investigating and prosecuting criminals of human trafficking.

Applicants must prove that they were forcefully involved in dangerous forms of human trafficking like:

If you have been a victim of any of the violent crimes above or of human trafficking, you may qualify. Remember it is essential you present your argument clearly and as accurate as possible.

For further help on what to do please visit our website and schedule an appointment from The Gambacorta Law Office or call us at 847-443-9303. We are licensed to practice in Arizona and Illinois.