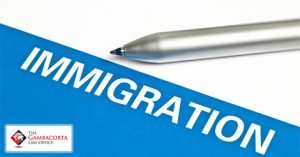 Helping your relative or family member out of detention should be your first goal when you learn they have been apprehended by the U.S. Border Patrol or other immigration officers.

It is a wise move to try and get him or her released on bond. Chances are that, an immigration judge will be inclined to act quickly and have the detainee deported.

In a situation like this it is always better to consult with an immigration attorney so they can help you navigate through the communication with detention officers and help you decide what is best for the detainee.

The first thing that needs to be discovered is if the Immigration Customs Enforcement has decided on a bond. A bond is the same as bail in a criminal court.

Bond is the sum of money paid to ICE to secure that the detainee will appear at all future court hearings and will follow all orders put into place by the immigration judge.

If the detainee fails to follow government stipulations the bond money will be lost, but if the alien follows through, than all monies will be reimbursed.

According to U.S. immigration laws not everyone is eligible for bond. Those who do not qualify for bond are held in custody for a longer period of time until a final decision can be made by an immigration judge.

It is important to ask the officer in charge of the immigrant’s case, what is happening. If the officer says no bond can be granted, be sure to clarify if that means the detainee is not eligible for bond or that the sum of money for bond has not been decided.

If you are informed that no bond can be granted and no particular reason is given, immediately seek the advice of an immigration attorney to see if this answer is accurate. You can then weigh out other options.

Once you learn that there is a possibility for bond, you will need to know the amount that needs to be paid for bond. If the fee is too expensive and you are unable to make such payment you or the hired attorney can request a motion for bond hearing.

Every detainee should be granted a bond hearing to come up with an amount for bond. It is not necessary to wait for a scheduled court hearing for the IJ to decide on the amount of bond money; the earlier you seek a motion for bond hearing the better it is.

When attending the bond hearing, an immigration judge will still decide whether the immigrant is subject to obligatory detention or bond. Let the judge lead the court session.

If the judge learns that the foreigner should be set free and ICE has not decided on an amount of bond money, the judge will finalize that decision.

Your immigration lawyer must prove to the judge that detainee is not a threat to the public if he/she set free from detention and that he/she will present themselves to all scheduled court dates.

Since the beginning of 2016, the minimum bond amount is $1,500, that amount can go higher than $20,000. Being able to pay this amount will not only require to be able to pay but also having a legal status in the country.

Do not ask immigration judge to lower the amount of bond money. The judge knows what he is doing and he has all authority to make a decision.

As the payor, you must submit all required documents. Once paid you can schedule a pickup date and time for the detainee as not all detention facilities offer transportation services to the bus or train station.

After the bond hearing is over, the immigration judge schedules a date for a “Master Calendar Hearing”. At the master calendar hearing, the immigrant must answer to the charges made against him by the U.S. government and petition for any type of relief that he/she is eligible for.

Whatever benefit the foreigner applies for, the immigration judge will schedule an individual hearing so undivided attention can be given to the case.

Meet with a Knowledgeable Immigration Attorney

If you are at the stage of a master calendar hearing and an individual hearing is being scheduled by an immigration judge, call an immigration attorney to help you. With a lawyer you stand a better chance at creating a strong case.

If you are in need of legal representation, contact The Gambacorta Law Office, today at 847-443-9303. Our offices are situated in Arizona and Illinois.