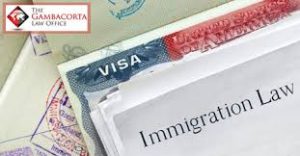 Having a conviction on your criminal record opens the door for an arrest by U.S. immigration authorities and usually follows detention. One of the investigations an Immigration and Customs Enforcement (ICE) officer does is to examine whether an immigrant should be granted a bond or not.

A bond takes place through removal proceedings in the presence of an immigration judge and it is a legal agreement that involves a friend, bond company or relative who is willing to pay the U.S government for the person’s release from custody to return to his home and family in the United States.

All foreigners need to be aware that if they miss any scheduled court hearing, their bond money will not be reimbursed by ICE. However, in many instances noncitizens are not eligible for release, even if someone is willing to pay for a bond.

The U.S. immigration laws demand that foreigners are put in detention immediately after they have been released from criminal custody even if they are awaiting removal proceedings.

Being subjected to the U.S. law, while in detention and regardless of your immigration status or personal situations, no ICE official or immigration judge will consider granting a bond in your favor. It is very hard obtaining a bond.

The federal court in your area has authority to let ICE detain a person within a practical amount of time or detain a person after they have been released from criminal custody. Every court has their own jurisdiction.

If Immigration and Customs Enforcement imprisons you for a long period of time even without bond, there is a limit in which detention you can be kept in.

ICE can put a noncitizen in detention without bond, only if you have been set free from criminal custody after October 8, 1998. Consult with an immigration attorney if ICE has detained you for several days without a bond.

If a foreigner has committed some criminal offense and is convicted of a crime there are grounds for compulsory incarceration.

A specific criminal activity is dependent upon whether the immigration courts are charging the individual with inadmissibility to the U.S. or deportability from the United States.

An NTA document contains the immigration charges made against you. You will find out if you are inadmissible into the country or deportable from the U.S.

This depends on whether you were legally admitted into the United States the previous time you entered; you will be subject to the grounds of deportability.

If you entered the United States of America without inspection and you came back and you committed a specific crime you are under the ground of inadmissibility.

Crimes That Consider You Inadmissible Into the U.S.

There are other crimes, not limited to the list mentioned here. While an actual conviction may not be required in most cases.

Criminal Offenses that Find You Deportable

If you have committed any of these criminal offenses and you are afraid to admit that you have violated the U.S. immigration laws it is in your best interest to get the assistance of an immigration attorney.

The Gambacorta Law Office is here to advise, guide and help you throughout your entire case. Feel free to contact at 847-443-9303. Our office locations are in Arizona and Illinois.