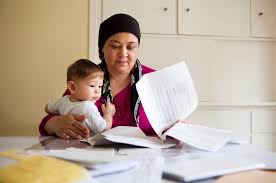 Secretary, Jeh Johnson, for the Department of Homeland Security has delivered a system of policy guidelines for handling unauthorized immigrant families.

Johnson has stated that major changes must be made when applying their rules in terms of treatment provided to detained families.

According to statistics released by the U.S government, the numbers of children detained in 2014 increased and U.S. Officers swiftly made themselves available and rendered assistance in working with the unauthorized foreigners.

Federal Statistics released by the government have shown that near the end of 2013 to the summer of the following year, the United States authorities detained over 60,000 unescorted children. These migrant children were ages 12 and under, by the end of 2014 this number added up to around 80,000.

Immigrant spokespersons along with Human Rights and the American Society have placed their concerns for these undocumented and unaccompanied children.

Not to mention Government officials are sacrificing their home lives by working overtime in efforts to find an appropriate place for these detained youngsters.

In May 2015, the Immigration and Customs Enforcement declared new rules and procedures for handling detained families and children. In June of this year, Secretary Johnson publicized more changes amongst the policies already present.

If you or someone you know has had issues with a detained family or migrating children and they are in need of assistance to petition for asylum or other opportunities, you can contact us at The Gambacorta Law Office.

We offer our services in the state of Illinois and Arizona.